The Benefits of Turmeric & A Turmeric Chai Milkshake 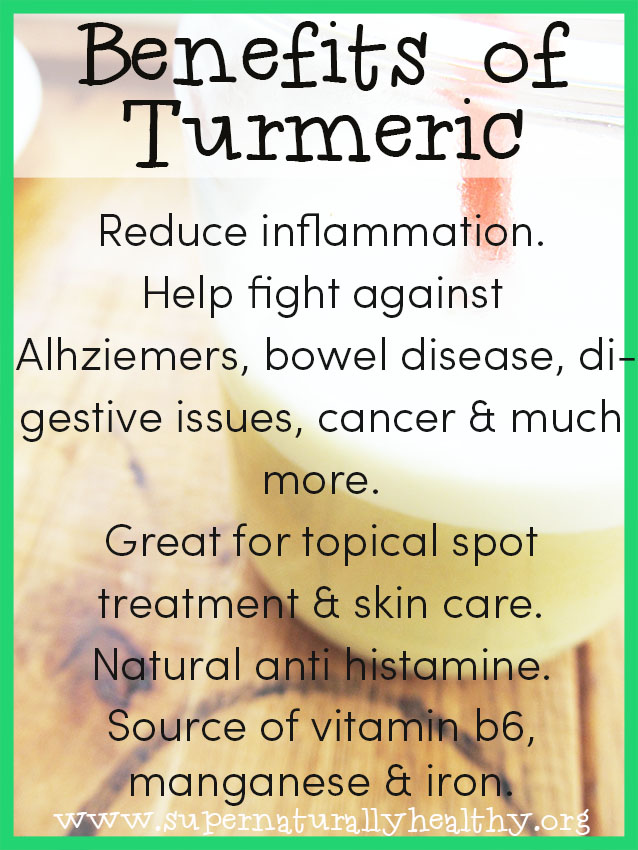 I bet you have turmeric stored in the back of your cupboard somewhere. Probably next to the unused chinese 5 spice and tarragon or the other items bought for that one recipe. But today I am going to show you why it is time to dig out your turmeric and start making your food that lovely orangey colour.

I was first introduced to spices at university where my wonderful house mates used to make sculptures using turmeric (I know I lived in THAT kind of house and it was awesome!) as well as using it in curries and dinners. But it is only in the last few years have I learnt more about the amazing benefits of spices and herbs and how medicinal they are.

I love the power of food, herbs and spices have to heal our bodies. To help us thrive, lose weight and finally feel awesome. And if you have any lingering health issues that won’t budge then why not think about getting some 121 coaching ? Click here to find out more:)

So what is the big deal about turmeric other than it stains your white tops after eating curry!?

Curcumin is the main active ingredient in turmeric. It has powerful anti-inflammatory effects and is a very strong antioxidant. Curcumin is also fat soluble so best taken with a fatty meal and it is thought that taking it along with black pepper helps it absorb into the blood stream.

It is thought to help against any sort of bowel disease for problem:

Curcumin may provide an inexpensive, well-tolerated, and effective treatment for inflammatory bowel disease (IBD) such as Crohn’s and ulcerative colitis, recent research suggests. In this study, mice given an inflammatory agent that normally induces colitis were protected when curcumin was added to their diet five days beforehand. The mice receiving curcumin not only lost much less weight than the control animals, but when researchers checked their intestinal cell function, all the signs typical of colitis (mucosal ulceration, thickening of the intestinal wall, and the infiltration of inflammatory cells)were all much reduced. While the researchers are not yet sure exactly how curcumin achieves its protective effects, they think its benefits are the result of not only antioxidant activity, but also inhibition of a major cellular inflammatory agent called NF kappa-B. Plus, an important part of the good news reported in this study is the fact that although curcumin has been found to be safe at very large doses, this component of turmeric was effective at a concentration as low as 0.25 per cent—an amount easily supplied by simply enjoying turmeric in flavorful curries.

Obviously this is a study on mic not humans but its a good sign in my books!

It is anti inflammatory.

Inflammation is a big one. Why do you get a sore throat, sore joints, bloated tummy or itchy sore skin? It’s due to inflammation (at a basic level) so in order to be well and healthy we need to reduce the inflammation in our bodies.

Now this is done be removing vegetable processed oils and increasing fish oils as well as removing the general junk food but turmeric as shown in this study helps to reduce inflammation in our bodies. The study concludes : Curcumin has been demonstrated to be safe in six human trials and has demonstrated anti-inflammatory activity. It may exert its anti-inflammatory activity by inhibition of a number of different molecules that play a role in inflammation

There is also suggestions that along with things like ginger turmeric is very good for treating rheumatoid arthritis , cystic fibrosis and aid in cancer prevention as you can read below:

In this study, published in Biochemical Pharmacology (September 2005), human breast cancer cells were injected into mice, and the resulting tumors removed to simulate a mastectomy.
The mice were then divided into four groups. One group received no further treatment and served as a control. A second group was given the cancer drug paclitaxel (Taxol); the third got curcumin, and the fourth was given both Taxol and curcumin.
After five weeks, only half the mice in the curcumin-only group and just 22% of those in the curcumin plus Taxol group had evidence of breast cancer that had spread to the lungs.

It is also said to help prevent Alzheimer’s disease.

This study shows some positive signs in the role cucurmin has on preventing  and helping alleviate this disease.

I take turmeric in the summer when suffering from hay fever and that along with my other tricks works a treat so that makes it great or allergies. Again this is about reducing the inflammation in the body as that is what allergies at a very  very basic level are.

Plus it is also a good source of vitamin b6, manganese and iron plus many more benefits but I won’t go on about for ages.

How to use it and what type to use?

You can buy supplement of turmeric but i just used the spice itself. It quite imoportant that you get an organic non irridated variety so you can get all the benefits as most spices are chemically treated. I get mine at a local health food shop or you can also get it on amazon too.

How to eat it? Well see the recipe below but here are some other ideas too:

Turmeric Chai Milkshake
2015-03-04 13:09:09
Serves 1
A simple and tasty way to get all the benefits of turmeric into your body. Diary sugar and gluten free.
Write a review
Save Recipe
Print
Ingredients
Instructions
Notes
By Kezia Hall
Kezia Hall | Holistic Nutritionist & Health Coach - Healthy Living, Grain Free Recipes https://keziahall.com/wp/
What are your favourite spices to use? Are you a turmeric fan?